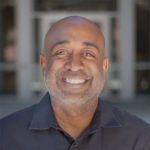 I’m not sure I’ve ever met a salesperson who doesn’t want to close more deals. Have you? Probably not. It makes me chuckle a little when I hear stories from salespeople about deals they are working on. Have you ever heard that quote that goes “The definition of insanity is doing the same thing but expecting a different outcome”? Something like that is what I see salespeople doing all of the time, making the same mistakes but expecting the deal to close anyway.

Let me share with you two mistakes I see most often with salespeople. If you can find a way to stop doing these two things, which you are probably doing, you’ll close more deals. Why? Because you’ll stop wasting your time on bad deals.

Stop trying to close so early

You need to have patience to be in sales. Sometimes it’s just not the right time for that prospect to make a decision. Sometimes the decision is simply no and you need to move on. Qualification is key, which I’ve written much about, and a good salesperson needs to be able to read clues.

A lot of times I hear about salespeople that are so focused on closing, they miss a lot signals along the way that would tell them that the deal is never going to close. Pay attention to qualification and understand that you qualify your deals throughout the sales process. I’m sure you know what your sales process is, right? I bet you don’t know your prospect’s buying process though. If you do, good for you. If not, read on.

Understanding the buying process of the organization you are prospecting will give you a lot of information on how they budget, when they typically buy, and how they buy. This won’t guarantee, but will give you a better chance of not being caught off guard.

For example, you want to understand early on if your prospect really is just looking for numbers to get budget approval for next year versus needing to know the full details and scope of an engagement to make a decision to choose you as their partner.

I can’t emphasize enough how important it is to qualify your deals and that should be the focus much more than closing. If you are too focused on closing the deal and haven’t adequately qualified it, you will waste a lot of time. It’s much better to get a no early than to have spent months of your time just to get the same exact no.

Another example, is that many companies are required to get bids from at least three vendors. Do you know which vendor you are? Are you the one they hope to work with or are you one of the 2 others that are just on the list for pricing.

You need to trust, but verify to be in sales. You have to understand the roles of each person you interact with. Not their job titles or what’s on their LinkedIn profile, but the role that they play in the buying process. Beyond that, you should know the difference between each role because you will need to have a different communication tempo with each person.

Below are a few common roles that you should identify at your prospect organizations. You should also ask your primary contact if there are others. The key is to know who can say yes and who can say no. Both groups are equally important.

The reason you need to understand the roles is so that you don’t waste time trying to close the wrong person. As an example, you may have a great relationship with someone that you consider to be the champion for the engagement. But if that champion doesn’t have final sign-off on the deal, you might find yourself wasting a lot of time by not getting to know the real decision-maker. Understanding these roles early and adjusting your methods with each of them accordingly is a great way to avoid wasting time trying to close the wrong person.